Jean Paul Schoor – the man who found happiness in helping others

Jean Paul’s story (Lyconet President Career Level 8 from Germany) is certainly an interesting one. He discovered Lyconet because of his dog. No sadly he doesn’t have a talking dog, however, his Dog’s trainer was the person who introduced him to the business. He didn’t really know anything about the business at the time, but within the first 20 minutes of the presentation, he knew that it would change his life. Change however, does not happen overnight and so, he made a few mistakes along the way before he found his feet and started to build a strong and successful team. Today he can reflect upon the mistakes he made in those first months and can recognize the valuable lessons he learned as a result.

“Make a clear decision. Work like hell for one year and if you do you will have a different life in one year’s time.”

He followed his own advice at the beginning, the advice he is now passing on to others who are setting out on the path to success. The Lyconet business model allows everyone to become a part of something special and achieve great feats, no matter what their personal background is. Each individual brings a different skillset to the table, and everyone has different lessons they need to learn before achieving their goals.

This is not the only piece of advice that Jean Paul has to offer. He believes that focus is at the centre of any success story. You need to see your goal and never lose sight of it, no matter how difficult things may become when taking your first few steps. When a child learns to walk, he falls down many times, but always gets back up and tries again.

“It is vital to visualize your goals. You have to be where you want to be.”

Visualization is an important part of the process but like with so many things it is a combination of elements that make the magic happen. Business is no different and as far as Jean Paul is concerned it is just as important to do something every single day. An Olympic athlete only wins that gold medal because he is focused and fully invested in his training and lifestyle every day. Simply visualizing that gold medal while lying in the sun will never lead him to success.

These principles have certainly worked in his favour. He has reached career level 8 and has built an impressive Organization. Success in business alone, isn’t enough for Jean Paul. He believes that true happiness comes from giving back.

“The true happiness of the world lies in giving to others.”

For this very reason, Jean Paul is an avid supporter of the Child & Family Foundation. At a fundraising event he organised recently, over 25,000 Euros were raised for this fantastic foundations’ educational projects worldwide. To give means to receive. When you give to those who are less fortunate than yourself, you are simultaneously giving yourself the gift of happiness. 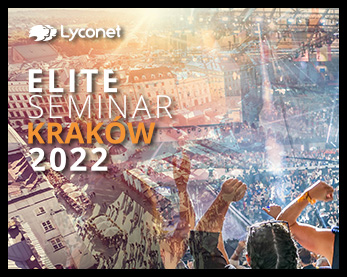 Think outside the box with the @media box

5 tips on how to set up a successful team

A special gift for an outstanding team

Duarte Saldanha – the man with no excuses

Astrid Flamand – a woman with a mission

Save the date for the next myWorld Keynote